Despite the ongoing push to “shift left” testing for Agile and DevOps, in-sprint UI test automation remains infeasible. Human-driven UI testing is incredibly intuitive, but UI test automation is considered too slow, too fragile, and way too late for today’s fast-paced teams. Automated UI tests traditionally require a fully-implemented — and stable — UI to be in place before they are created. This means they’re often delayed until a later sprint or scrapped altogether.

But making UI test automation more human-like can resolve these challenges, enabling you to create resilient UI test automation even before a single line of code is written. Read this paper to learn how a new AI-driven approach to this traditionally slow test automation practice can dramatically simplify your testing and get you to “done done” in record time. 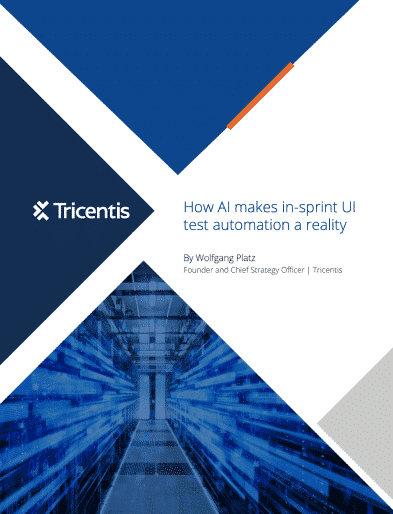